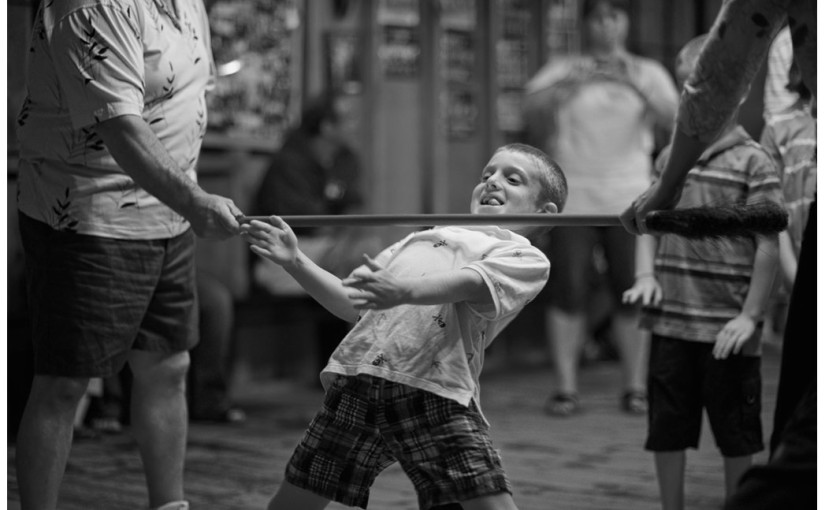 A year ago my little daughter discovered the game limbo. She found it fascinating. Whoever could get lowest and most limber, this one would win. The main reason for liking the game was not the flexibility or testing the limits of our core strength and gravity. No, the game of limbo is fascinating because we find it humorous to see the great lengths that people will go to win. They are willing to look ridiculous just to win a prize. How low can you go?

One of the attributes that we often overlook about God is that of humility. If anyone has the right or prerogative to make use of rank or privilege it is God (v6). We are reminded of what an exalted God we have, that he did not consider humility as a trait beneath his station.

5 Have this mind among yourselves, which is yours in Christ Jesus, 6 who, though he was in the form of God, did not count equality with God a thing to be grasped, 7 but emptied himself, by taking the form of a servant, being born in the likeness of men. (Phil 2:5-7)

Often we read these verses and see them as a goal to emulate. We would miss the whole thrust of this passage if we thought it were just about playing spiritual limbo. God does not want us to perform a version of limbo in which we debase ourselves. This would still be a subtly arrogant way of earning our way to God. Jesus did not come to show us a new way of life, but to give us new live.

Paul tells us to do nothing out of selfish ambition, conceit or vainglory (kenodoxia), but to have Christ’s attitude of humility. We humans suffer from “empty glory.” We are living off borrowed glory and are still grasping at it, clinging to it. Jesus who had every prerogative, did not exercise his divine right, but rather emptied himself (heauton ekenosen). Paul masterfully illustrates this by a beautiful play on words.

Striving to live a humble life is still very proud. Laying aside what is rightfully yours is absolutely humble.

God’s solution to our empty glory (kenodoxia) is his self-emptying (ekenosen). 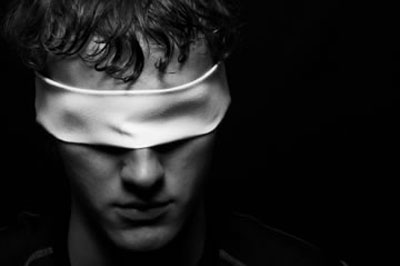 This past week the top American Newscaster for NBC news, Brian Williams, stepped down temporarily pending an investigation into his journalistic practices. In 2003 he was flying in a Chinook Helicopter. Another Chinook helicopter flying a completely different mission, in a completely different direction took fire. It took his production team, public relations team, camera crew and him at least an hour to get the the helicopter named “Big Windy.” When he landed what started out as a small half truth, began his downward spiral into self deception.

Nehemiah 4:3 “Yes, what they are building—if a fox goes up on it he will break down their stone wall!”

What initially started out as a news report quickly became a story of stolen valor. The newscaster began to fabricate his personal tale of heroism and attribute the actions of the other valiant chinook crew to himself. Nearly 11 years later, dozens of talks shows, and countless primetime newslots later his story grew into an embellished tale of his heroism of RPG fire. What was all the furore about? We expect our journalists to speak truth. They are supposed to be a source of information not disinformation.

Tobiah, as we know is a Jewish name, but his identity is now “the Ammonite servant.” What caused this? Nothing more than self deception. Sir Walter Scott put it this way:

What starts out as a fib to avoid persecution, “I am Ammonite, not Jewish.” Years later will lead him to a complete loss of honour and dignity. He even becomes mean spirited and mocks his fellow Jews, “Why are you building these rubbled walls? If a fox jumps on them they will fall down.” If you have ever seen a fox, it is a very light creature. The walls of Jerusalem we know from archaelogical digs are nearly 9 feet thick. There is now way a small and nimble creature like a fox could topple the wall with their little paws. His self deception was complete.

Jesus said, “I am the Truth.”(John 14:6). Truth is important because it grants us a sense of identity. Borrowed glories, conflated half truths are transitory and will be found out. We will be left not knowing who we really are. Jesus promise to us is that truth will undo the damage of self deception. Live in the reality of the truth of his love and care. Lay aside your falsely borrowed glories and receive the truth of his gifted glory.

Why does your anger smolder against the sheep of your pasture?

the tribe of your inheritance, whom you redeemed—

Mount Zion, where you dwelt.

remember how fools mock you all day long.

23     Do not ignore the clamor of your adversaries,

the uproar of your enemies, which rises continually.

Have you ever felt like your dreams were dashed to pieces? The psalmist is recounting in vivid detail his dreams being shattered along with the gates and glory of Jerusalem.

Most commentators place this Psalm somewhere in the vicinity of 587 BC. The palpably real account of the destruction of Jerusalem and the “assembly place” (v.8) is only paralleled in this poetic and descriptive manner in one other place (Lamentations 2:5-9).

Somehow in the midst of this tremendous ordeal, the bard begins to sing of ancient exploits. He recounts the deeds of a  God who has subdued seas, provided for his people plenteously, and rescued his people. Suddenly, the deafening silence is not as terrifying as Asaph once thought it.

Now, in the final verses, Asaph sings of his ordeals and laments the destruction of the Kingdom of Judah, but with less desperation. His “King from of Old” has punched a whole through death and made a way in the desert. The ordeals which once held sway over him and threatened violence are nothing but a shadow. The Psalmists’ enemies can no longer execute violence against him. The fears and threats are only “haunts of violence”(v20). Much as David said centuries before, this Psalmist need not fear death, for death is only a shadow. God, the Shepherd of Israel, has destroyed death by his death on the Cross and His resurrection life.

Not even the death of our dearest dreams can threaten the security we have in our King’s hand.

Almighty God, who in death has destroyed death, resurrect our dreams that we may with full confidence realize that the day and the battle are yours. May we live in the hope of your new creation for your praise and glory, through Jesus Christ. Amen