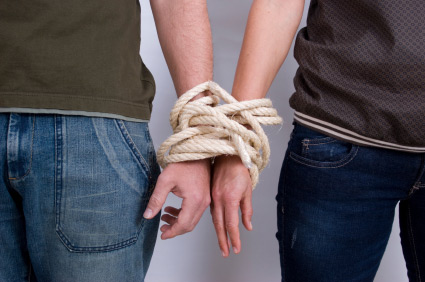 Have you ever stood in front of someone who you felt was really important to you? There is nothing more that you would give than to be acknowledged, to be understood. For Nehemiah, being in the presence of Artaxerxes was an honour. Few managed to be in the respected position of cupbearer or in the inner circle of advisers to the king of Persia.

What Artaxerxes thought about him was vitally important Nehemiah.  Vitally would be an understatement, what an Ancient Near Easter king thought of you was a matter of life and death. We would not be remiss to point out that the King’s favor promoted or demoted you. It granted you standing or left you with no place to stand.

Nehemiah 2:2 And the king said to me, “Why is your face sad, seeing you are not sick? This is nothing but sadness of the heart.” Then I was very much afraid.

Modern psychologist would call this codependency or an excessive emotional or psychological reliance on a relationship. The king needed to be needed; the servant needed his master’s approval.

The Bible clearly defines this unhealthy attitude in Nehemiah as “the fear of man.” A simple comment such as, “I see you are sad” triggers in Nehemiah such a visceral reaction that he describes himself as “very much afraid.” This approval seeking on Nehemiah had a debilitating effect on him.

Dealing with Fear and Codependency

The only solution to his paralyzing fear of man was a change of perspective. Nehemiah began to realise that the most important thing in his life was not what Artaxerxes thought of him. Neither was it the great exploits of rebuilding Jerusalem–which at this point he may or not do. Both of these options still placed either another person’s approval or his own approval at the centre of his universe.

He needed a paradigm shift. He needed something greater than himself. A powerful leader would not suffice; a noble and greater cause than himself simply would not do. The shift in perspective that Nehemiah has needed was the only subject worthy of reverence and fearful delight, “O Lord, let your ear be attentive to the prayer of your servant, and to the prayer of your servants who delight to fear your name.” (Neh 1:11).

Human affirmation will no longer receive the place of honour and worship that God alone deserves. Placing what God the Father thought of him above anything was simultaneously freeing and strengthening. He could now have the resolve to accomplish his task. “And the king granted me what I asked, for the good hand of my God was upon me.”(v8)

There is another Hero who resolutely fixed his face to the task at hand. Jesus did not consider what others thought of Him as shameful, as long as His Father was pleased. “Therefore I have set my face like a flint, and I know that I shall not be put to shame.” (Isaiah 50:7; cf. Luke 9:53). This Hero would not just risk the disapproval of the king. He would suffer the very shame that we deserved that we would only experience grace.