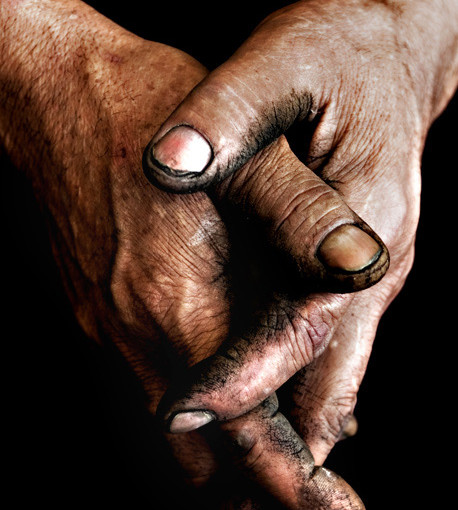 Dirt Under Your Nails

If you have ever had to do a posting, slabbing, or mowing job in your garden after a proper days worth of work you end up with dirt underneath your nails. For some this dirt under the nails is part of the price of beautiful garden. Plato once remarked that manual labour was not worthy of humans. In fact to manual labour was seen as dehumanizing. In the Greek world work was so demeaning that slaves were often considered nothing but living tools. The respectable thing was to do mental labour.

But this is not the story of the Bible, which begins in a garden and ends in a garden. Work in no way dehumanizes us. It is precisely what makes us human, as we are made in the image of God—A workman God. Work is not a way of proving our worth.

Tim Keller once commented that the God of the Bible at the moment of creation can be found to have dirt underneath His fingernails.

What happened to us to make us fall out of love with work? Work was no longer something to be enjoyed. It would now become the main source of getting significance in the world.

Regardless of whether it is manual or mental labour, at the end of a day do we have the deep sense of contentment that God had upon finishing his labour in creation? God tells Moses in this passage, that it is possible to work and have contentment.

Work is no longer a means to an end; an incessant striving for significance. Work is delight and refreshment. It is deep cosmic rest. It is the much-needed REM sleep that rejuvenates not only our bodies, but our souls. We no longer have to prove ourselves.

The Sabbath is declaration that Jesus’ words on the cross ring true, “It is finished!”

Bishop JC Ryle once remarked of resting in this assurance of Jesus’ completed work.  “Assurance goes far to set a child of God free. It enables him to feel that the great business of life is a settled business. The great debt, a paid debt, the great disease, the healed disease, and the great works the finished work and all other business, disease, debts, and works are then by comparison small.”